Loma and Usyk to Ukraine; Growing Pains for DAZN

Oleksandr Usyk and Vasiliy Lomachenko are among the best fighters in the sport.  Both won gold medals in the Olympics and world title belts in multiple divisions in the professional ranks. And both are in line for huge opportunities in their next fight. Usyk, a current unified heavyweight titlist, has a potential eight-figure purse for the Anthony Joshua rematch, and many believe that Lomachenko is in pole position for a fight with unified lightweight titlist George Kambosos.

These plans, however, are now on hold. Usyk and Lomachenko have returned to Ukraine to defend their homeland against Russia. This act is extraordinary on many levels. Lomachenko and Usyk are sporting heroes in Ukraine. There is tremendous value in them continuing to ply their trade professionally, to represent their country positively on the international sporting stage. For their upcoming fights they would have the opportunity to speak out against the invasion and have platforms and visibility for their perspective. Public relations and propaganda (and I don't use the world negatively in this context) are vital tools for every government and cause.

Furthermore, even if Usyk and Lomachenko did decide to be apolitical and not talk directly about the crisis in their homeland, they could still be looked at as role models for their country and throughout the sporting world. Continuing to fight would have value both within Ukraine and in the larger international framework. But these roads have not been taken.

What Usyk and Lomachenko are doing deserves praise on the highest level. They are passing up millions of dollars and perhaps, if something unfortunate does happen to them during the war, their future ability to earn from boxing. That money could be used for their families for generations to come, to improve their standing.

Each has sacrificed financial rewards and the glories of professional sport at the highest level for a greater perceived purpose. There was no mandate for them to take up arms, but each believed that the defense of his country was far more important than money, fame or the trappings of boxing. Here's hoping that both emerge from the war healthy, successful in their endeavors, with their families intact, and with the ability to delight millions of boxing fans around the world once again.

Last week, the streaming service DAZN announced that they would utilize pay per view as part of their boxing product offering, starting with Saul "Canelo" Alvarez's next fight with Dmitry Bivol. To those who follow the sport closely, this change was not a surprise. After all, pay per view has been the bread-and-butter way to maximize boxing revenues for over 30 years. But the announcement represented a marked change for DAZN, which featured the "end of pay per view" as part of their marketing.

DAZN entered boxing in 2018 and has relied on annual or monthly subscriptions for revenue. They also feature other sports in various markets including soccer (football) and darts, among others. Working with boxing promoters such as Matchroom and Golden Boy, DAZN has broadcasted a substantial amount of boxing content. For diehard fans of the sport, the company has to this point provided a lot of value; however, boxing diehards don't make the financial world go round – there just aren't enough of them. Boxing rights fees, although cheaper than many other sports, add up and enormous contracts given to Matchroom, Golden Boy (chiefly for Canelo's services, since re-engineered after Canelo left Golden Boy) and Gennadiy Golovkin haven't set the boxing world aflame. In addition, the financial outlays for soccer rights fees often include seven or eight zeroes attached to them. 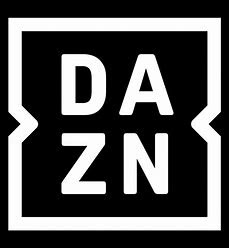 In public disclosures, the company has reported losses of over a billion dollars in both 2019 and 2020. Although billionaire principal Len Blavatnik has recapitalized the company on numerous occasions, DAZN is awash in red ink. In this context, the move to boxing pay per view is understandable and even necessary.

Much of this has been anticipated by those in and around boxing, but for some reason DAZN was the last one to the party. Major American and British-based networks (Showtime, Sky, BT Sport, Fox and ESPN) have all utilized pay per view as part of their business model. They all know that big events and the maximization of revenues from those events are an important reason to broadcast boxing. Although not every pay per view will be profitable or will turn enough of a profit to affect a company's earnings materially, when a promoter and network hit a home run on a pay per view, the financial rewards are seven or even eight figures; that's real money.

DAZN has tried a number of different pricing strategies and structures since their inception. In America, their monthly fee is now up to $19.99, but they feature a discount for those who get the yearly subscription. They have announced that pay per views will be $20 less for existing subscribers vs. those who buy just the event itself. Yet, all of this is starting to sound very steep.

It's not cheap to be a boxing fan. Numerous networks and streaming platforms broadcast meaningful fights throughout the world. But, choices have to be made. In England, Channel 5 is showing free fights. Millions of sports fans in the U.K. already have Sky because of the Premier League. In America, almost everyone has ESPN. Showtime has been broadcasting top-level boxing for decades. Can DAZN make itself essential?

If DAZN plans to stick around in crowded sports markets, it's going to need more content, and better content. That isn't going to be cheap. And of course that's one strategy: More! Bigger! Better!

But maybe it's also time for the want-to-be "Netflix of Sports" to recalibrate. There's value in the boxing that they broadcast. Much of it is additive in that fans wouldn't get it anywhere else. But is that worth $19.99 a month? DAZN's loyal subscribers in the U.S. have already experienced multiple price increases. How many fans have they alienated in this short time? While DAZN is chasing a broader slice of sports fans, if they continue to antagonize their hardcore base, that will have significant ramifications as well.

DAZN needs some immediate public relations relief and they have to stop treating their subscribers with contempt. Boxing fans are used to paying money for fights, but they don't like being misled. DAZN has made a number of important errors since their entrance into boxing, many of them unforced. Now, it's imperative that they agree on a coherent strategy going forward. Are they actually in the boxing business to stay? If it's part of their long-term strategy, they better start showing more respect to their customers. And if they're just in boxing to get a foothold in the sports landscape, that's fine too, but then maybe they shouldn't be throwing around as much money for lesser fights. Right now, they seem to be on the fence, not a good place to be.

I don't have personal animosity toward any boxing broadcaster. I want them all to succeed, because that would mean a healthier sport. DAZN is a welcome addition to boxing and despite their mistakes they have provided many memorable fights. But I think it would be a more palatable experience for everyone if they stopped shooting themselves in the foot and figured out exactly what they want to be doing with boxing. And then after that, maybe they should communicate honestly with their subscribers going forward. That would be a good place to start.