I was enrolled in a UCLA screenwriting program many years ago. In the second week of the semester, the class attended a guest lecture from a bigshot in the industry. He said to us: "Would you do screenwriting for free? Is it something you must do? Do you feel compelled to do it? Because, if you don't, you won't be successful in this industry."

And with that, I felt a sudden need to light a few thousand dollars on fire. Because, I didn't have that undying passion for screenwriting. I was using the class as a mechanism to force me to write. In my heart I knew that the bigshot was right. I now understood that screenwriting would never be an avenue I would pursue in earnest.

Yet at the same time, I was starting my nascent blog, Saturday Night Boxing, and for whatever reason, writing about fights and the key figures in the sport kept me up until the wee hours of the morning. And I loved it. 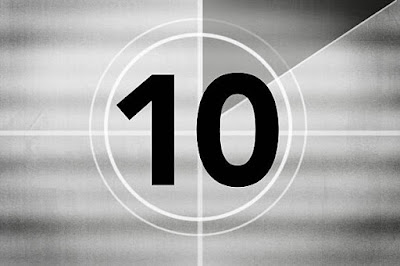 When I began Saturday Night Boxing, I had no expectations for success. I didn't know if anyone would read it or if my perspective would resonate. My first posts would generate no more than dozens of readers. I remember a piece I wrote on Sergio Martinez and Lou DiBella in early 2011, and it had 49 readers; I was over the moon. But pretty quickly, some pieces in the first few years of Saturday Night Boxing gained significant traction.

By 2012 I had already had conversations with some networks about my pieces. By 2013, I had lined up my first interview with a world champ, Tim Bradley. Soon I would be asked to join the Transnational Boxing Rankings Board and later the Ring Magazine Ratings Panel to help rank fighters in the sport.

But now would be a good time to take a pause, because I don't want this to sound like just some careerist manifesto. First and foremost, I watch a ton of boxing. It brings me a lot of joy. I have always watched fights out of an undying love for the sport, not because it's a requirement or it's some type of gig. I follow the sport and write about it because, as that screenwriting guru said, I'm compelled to do so. I must.

I've also never stopped trying to learn about the sport. As much as I might know about boxing in 2021, I bet it will only be a fraction of what it will be ten years from now. At least I certainly hope that's the case. In my years of covering the sport, I've realized that there is wisdom to be gained from all over. This could be from a sparring session, a trainer sitting alone at a hotel bar, a fighter interview, a boxing book, a colleague, or shooting the shit on Facebook or Twitter with boxing fans. I can't tell you how many times I've heard profound nuggets from those in the sport (or even fans) that made me gain a better understanding of boxing and/or reconsider a previous conception that I held. The learning never stops.

Over the years of covering the sport, boxing has brought me lots of joy and some unforgettable memories: Rios-Alvarado I in Carson, Broner-Maidana in San Antonio, Brook-Spence in Sheffield. But live fights themselves are only a small part of what the last ten years have meant to me. I've treasured the conversations I've had with boxing people at fight hotels, in the bowels of an arena, or in late-night phone calls. Of course, not every interaction has been rainbows and waterfalls. I'm an opinion writer and have taken some shots at those in the sport from time to time. Not everyone has always been pleased with me, nor should they be. But honestly, 95% of the people I've met and or interacted with in boxing have been great, even when there's disagreement.

If we're being honest here, and let's be honest, I certainly have envisioned potential careers for myself in the sport. A number of years ago, I had some serious conversations with a network about ways to improve its boxing programming. The talks were productive and I thought at one point it might lead to something, but the timing wasn't right for them, and I was probably a little too green back then.

And over the years I've been approached by numerous websites and other ventures about writing for them (some names you've probably heard of). I've turned down those opportunities because I didn't like the fit, but I always have listened. I'm excited that I'll have an announcement about a new writing gig in the next couple of weeks. I'll be continuing with Saturday Night Boxing and contributing to this new outlet as well. I really like a number of the guys behind this venture and I think that they have an interesting vision.

One of my personal boxing highlights in the last decade has been broadcasting a couple of fight cards in Philadelphia. I'd like to thank Michelle Rosado for that opportunity. I thought the shows went pretty well and I'd be very interested in doing more of that should the opportunity arise.

I plan to continue to be involved in boxing. Maybe that will be in writing. Perhaps that will be in a network or broadcast capacity. But I know that my passion for the sport will keep me tuned in every weekend.

In wrapping up I could probably thank dozens and dozens of people for their help or guidance, or humor. Many know who they are; they have become trusted confidants, advisers or friends. Others may not fully know their influence on me or how much I value their insight, but they are very important to me.

I would like to thank my podcast co-host, Brandon Stubbs, for providing me with a great platform and allowing me to do the show on a consistently irregular basis. We make a great team and we've had a ton of fun over the years. I can't wait for more to come.

I'd also like to thank my readers. Your feedback has been vital over the years and I've loved the interaction. As much as I am compelled to write about boxing, I feel compelled to share my work. I love the lively debates, the jokes, the different perspectives and the attempts at arriving at some greater understanding of the sport.

Boxing's a wonderful sport, of course. It's also awful (but we already knew that). If it's become a niche sport over the years, so be it. It's a niche I want to be in. I've enjoyed this journey over the past decade. I've been happy to share it with you. And I hope for great things for the sport in the coming years. Boxing, as always, faces myriad challenges, but those who are reading this all know one thing: when boxing's at its best, there's no better sport in the world. I hope to continue to grow in boxing over the next decade, and I'd like to play a role in helping the sport thrive; I have lots of ideas.